skip to main | skip to sidebar

I know there are computer users for whom the prospect of substantially faster file transfers to an external hard drive will hold great appeal, who might have eagerly awaited the advent of USB 3.0, the new much faster computer peripheral connection standard.
People who want to speed wholesale synchs to their large-capacity digital music players, for example, or small business users who want to cut the wait time for nightly backups to go across. 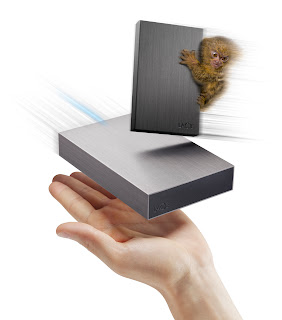 But me? Most of the time, I'm not too fussed about having to wait for transfers over a slow old USB 2.0 connection. I'll just go make a cup of tea or read a book while I wait. So it was probably preordained I would be underwhelmed by my first experience of USB 3.0. And so it was.
The LaCie Rikiki and Minimus drives I reviewed recently for Small Business Computing (here) look fabulous (if you care about that) and they work well in almost every respect. But are they way faster than USB 2.0 drives? Nah. Or at least, not when tested using a laptop or desktop add-on USB 3.0 port.
It might be a different story with a native (i.e. built-in) USB 3.0 port - a LaCie technician suggested it would be - but I remain underwhelmed. In my tests, file transfer speeds were barely twice as fast as with USB 2.0. That's a long way from the hyped 10-times increase.
Posted by Gerry Blackwell at 3:18 PM 1 comment:

The (HP) Envy Of All The Other Kids?

If you're looking for a wow-them-in-the-boardroom small business laptop, something comparable to an Apple MacBook Pro without the premium price tag and unfamiliar interface, check out Hewlett-Packard's Envy 14. I just reviewed it for Small Business Computing.
It's a sweet-looking notebook that packs a lot of power. The one I reviewed - with an Intel i5 processor and fabulous upgraded LED screen - sells for well over $1,000, but it's still substantially less expensive than a MacBook Pro 13 with comparable features, and less expensive still than a MacBook Pro 15. 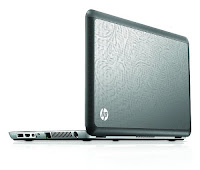 I wasn't crazy about the ergonomics - keyboard or touchpad - but most users probably aren't as fussy as I am, and even I could probably adjust with time. If you've thought of making the switch to Mac for a MacBook Pro but just can't bring yourself to do it, this might be the solution.
Posted by Gerry Blackwell at 3:18 PM 1 comment:

Print From iPad? There Are Apps For That

If you're considering a tablet as your mobile computer but need to be able to print, don't strike Apple's iPad off your list. Although the iPad has no native print capability yet (it's coming), there are apps that let you print some kinds of documents. 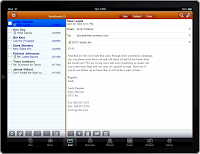 I reviewed four of them recently for Enterprise Mobile Today. The article will post in the next couple of weeks. In the meantime, check out the best of the bunch, PrintCentral from Eurosmartz.
Posted by Gerry Blackwell at 1:33 PM No comments:

Telepresence, the latest hot thing in video conferencing, is one of those confusing buzzwords the tech world coins from time to time, and then mucks about with. Is it a brand name or a generic term? And what exactly does it mean? 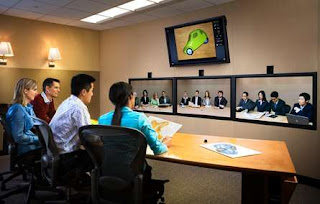 Telepresence is in fact both a trade name, for Cisco Systems’ high-end room video conferencing systems (TelePresence), and a generic term for any system that delivers very high-quality audio and video for teleconferencing.

But the quality standards for telepresence are apparently dropping, with even Web-based systems such as those from Vidyo now claiming to offer ‘telepresence’ experience. I wrote about Vidyo recently for VoIP Planet. It’s actually pretty impressive, but telepresence? We think not. 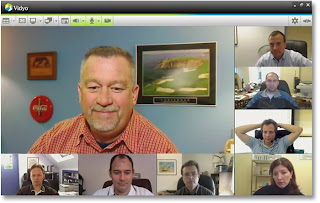 The original idea, developed by Hewlett-Packard for Dreamworks and 'productized' as Halo systems, was that participants sat in specially-designed mirror-image conference rooms to create the illusion of sitting across a table from colleagues.

The early Halo rooms and systems were tremendously impressive, with multiple large flat screen monitors showing participants life size in smooth, high-resolution video with life-like audio. And the room designs did foster a powerful illusion of being in the same space with remote participants.

Trouble is, telepresence systems cost in the $300,000 range per room and the bandwidth required to carry such high-quality audio and video costs tens of thousands a month. Which is where Vidyo comes in. It’s ‘telepresence’ on a budget – not the real thing but worth checking out.

I hated Windows Vista. There, I said it.

Actually, I initially liked it – for the silly reason that it looked nicer than XP and had the sidebar for displaying online gadgets. But then when it started behaving badly, I grew to loathe it.

So my decision to move to Windows 7, which I took almost instantly after test driving the release candidate, was a no-brainer. Windows 7 is a long way from perfect, but I still like it after a few months of use. It appears to be a better mouse trap.

That doesn’t mean that switching is the right decision for everyone. In fact, there is no one easy answer, as I discovered while researching “Should You Upgrade to Windows 7?” a recent story for Small Business Computing.

I’m not sure the article will make it easier or more difficult to decide, but at least it gives you information you can use to weigh the pros and cons yourself.

Posted by Gerry Blackwell at 11:52 AM No comments:

Surely to goodness it goes without saying by now that protecting data with regular backups is an essential business function. But we know many smaller companies put their survival at risk by not implementing adequate backup strategies. Scary. 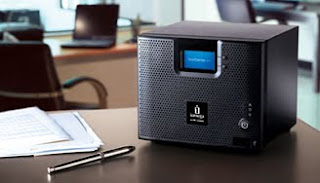 For reasonably tech-savvy firms that need to pull their socks up in this vital area, storage specialist Iomega, now an EMC company, has a big biz solution – which I reviewed here for Small Business Computing.

The Iomega StorCenter ix4-200d NAS Server is a network attached storage (NAS) device with four drives – up to 8 Terabytes (TB) of storage – configured for RAID 5. It comes with EMC Retrospect Express backup software. It can deliver e-mail alerts if backups fail. And it can be set up for remote access.

The ix4-200d is also surprisingly compact, quiet and easy to set up and use. It’s not perfect – what tech product is? – but this NAS is definitely worth investigating if you need to beef up data security.

Posted by Gerry Blackwell at 12:39 PM No comments:

Palm Prē: on the come-back trail?

Remember Palm, the original maker of PDAs and PDA phones – Palm Pilot, Palm Trēo, etc.? The company kind of faded away for awhile, put in the shade by Windows, iPhone, Android, etc. Now Palm is back with its radical webOS mobile operating system and two new devices, the Prē and the Pixi. 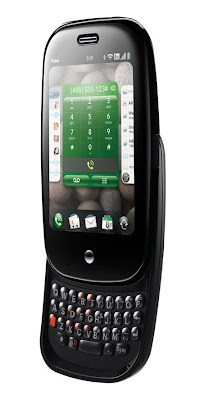 I reviewed the Prē recently for Wi-Fi Planet. It’s a very cool device, combining an iPhone-like touch interface (better than iPhone’s in some ways) and slide-out QWERTY keyboard for easier text input.

But Palm wants you to change how you store and synch data to your mobile. Instead of synching with your desktop over a USB cable, now you’re going to synch to the cloud – to Google, Yahoo or whatever, or to Exchange if your employer has a Microsoft e-mail server – over the wireless network.

Will BlackBerry and Symbian users buy into this new paradigm? (I can’t see iPhone or Android users changing horses again so soon, but you never know.) Palm software partner Chapura does provide a safety hatch for those who like everything about Prē but the cloud synch strategy. The company’s $30 PocketMirror package lets you synch the old fashioned way.
Posted by Gerry Blackwell at 1:00 PM No comments: